The Biggest Mistake of Email Marketing 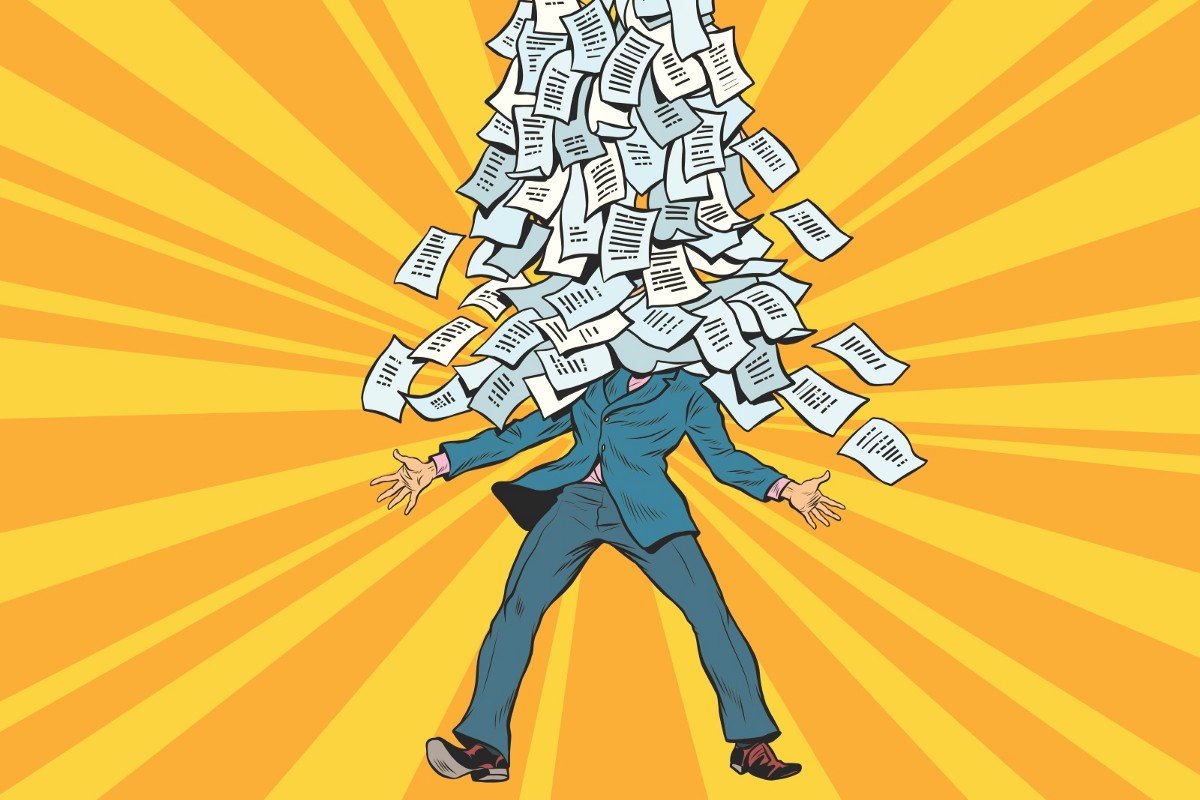 When it comes to computer science, Donald Knuth is among the most well-known and respected people in the field. A pioneer of fundamental computational concepts and the author of the monumental The Art of Computer Programming, Professor Knuth has impacted today’s computing in ways very few people have. It was in reference to his book that Bill Gates said, “If you think you’re a really good programmer, read (Knuth’s) Art of Computer Programming. You should definitely send me a resume if you can read the whole thing.” And Bill Gates is not known for giving praise easily.

Curiously enough, in addition to being a computer science legend, Donald Knuth is known for his unusual (especially for someone who has been dealing with computers for decades) attitude toward email. Often referenced in the tech world, that attitude is best expressed in his own words:

“I have been a happy man ever since January 1, 1990, when I no longer had an email address. I’d used email since about 1975, and it seems to me that 15 years of email is plenty for one lifetime.

When asked about this in one of the interviews that wanted to dig into the subject, Knuth elaborated, “It’s best often for me to be a bit of a hermit and have time for things that require long attention spans with no interruptions. Email… the name of the game is interruption.”

Uncommon as it is, such an attitude is not an exception. Here’s what another highly accomplished professional in a very different filed had to say about email in an interview:

“I’ve never used email because I don’t find it would help me with anything I’m doing. I just couldn’t be bothered about it.”

That professional happened to be Christopher Nolan, one of the most original and accomplished filmmakers in modern cinema (and the creator of two of my personal all-time favorites, Inception and The Dark Knight). Along with Donald Knuth, he may be onto something here — after all, their accomplishments speak for themselves. Fundamental advancements in computer science and amazing movies may have something to do with their creators’ refusal to be interrupted.

But let’s leave the idea of a purely email-free lifestyle for another post. Most of us, myself included, would find it rather challenging to live without the convenience of connection that email provides (social media is another matter). Email helps us to stay in touch with others while doing it on our own terms. Unlike texting and all other sorts of instant messaging, it does not come with an expectation that a message will be seen, let alone replied to, immediately. But it does offer the sender a decent chance that once an email goes out, it will be read.

Which is why every marketer and content provider out there wants my email address.

I’m not saying it’s bad. After all, I’m an author myself, and I’m always happy to collect an email address of a reader who wants to read my writings. But here “wants to read” are the keywords. Because, for some reason, the vast majority of people who ask for my email address do it not only without knowing whether I like what they have to say — they don’t even give me a chance to read their writings.

You know how it happens: you end up on some professionally-looking site in the search of information. The headline seems relevant (and not off-putting), the first paragraph sounds engaging, and the second paragraph —

Wham! You don’t get to read the second paragraph. Instead, you’re presented with a colorful cheerful popup that promises you some fantastic fountain of wisdom. In exchange, it is asking for one small thing: your email address. Just type it in, the popup says— and your life will never be the same. On top of that, the offer is available only for a limited time. Only a fool would ignore such a tempting proposition. “Type it,” the popup suggests insistently, its professionally-looking fonts, emphasizing the seriousness of the opportunity, “and all that wonderful content will yours!” “Oh, hey!” suddenly squeaks another colorful popup, suddenly sliding up in the bottom corner of the screen. “How can I help you? Would you like to chat with — “

But by that time, I’m no longer listening. I close the professionally-designed page with its elegant popup and its jolly squeaking popup assistant in the corner and continue my search. Because I didn’t come to that site looking for another source of interruption in my life. I have plenty of those already. I came there looking for information — and the chatty popups have just made sure that I’ll be steering clear of that site next time it shows up in my search results.

Of course, not everyone reacts like this to a couple of innocent popups. I have no doubt that quite a few visitors find the offer compelling enough to type in their email addresses. I do have doubts, however, that many of them will be reading the wave of newsletters that will end up in their inboxes as a result of that decision. I find it even more doubtful that many of these subscribers will help the site owner with the only objective the popups are after — monetization. Because most subscriptions made in the first 30 seconds are not worth much. And that’s exactly why I think that all the popup-signup extravaganza does more damage than good.

You see, I do subscribe to at least a dozen newsletters. And I actually read them — maybe not immediately after they arrive in my inbox, but eventually. Moreover, I even pay for some of them, because I find the information they provide valuable enough to justify the price. But apart from being informative or entertaining (some can be even both), they all have one thing in common. None of their authors asked me to sign up via an annoying popup. Instead, they made it easy for me to read their content and then — just as easily — to subscribe to their publications, in case I wanted to hear more from them.

And that’s the key to building an engaged readership base— at least when it comes to readers like me. Not making grandiose promises via flashy popups. Not trying to catch me in the first minute of my visit. Not bombarding me with personalized automated pseudo-human messages.

Let me see the value of your content and make it easy for me to sign up. That’s all. Everything is else is a distraction at best and an is an opportunity killer at worst.

There are hundreds — if not thousands — of email marketing guides that discuss the right interval to show up a popup, the best ways to wordsmith the call to action, the nuances of tracking a visitor’s activity to show the offer at exactly the right time.

The right time to show a popup to me? Never. Simple as that.

Because when you do, I know that you don’t consider your product strong enough to speak for itself. And you should know — you’re the one selling it. Whether this is really the case or not is irrelevant — the rushed tactic of demanding my email address at the entrance instead of letting me read your content first has already alienated me as a potential subscriber.

But why make such a big deal out of that? Why not just sign up and unsubscribe a couple of newsletters later if I don’t find the content valuable? It’s not like I have to pay. Well, I actually do. I have to pay with the only resource that I can never replenish: time.

When you ask for my email address, you’re asking me for the keys to my online home. You are requesting permission to show up at any moment in my digital living room and start talking about whatever it is on your mind. And I don’t grant that kind of access in 10 seconds — or even 2 minutes — after I first open a page of your site. Because no one will ever give me back those minutes I’ll spend listing to something I’m interested in. And to me, the chance of wasting those minutes (which do add up if I habitually give my email to every subscription popup) overweights any hypothetical value your content may bring.

There is a scene in Seinfeld, when Jerry gets a call from one of his many acquaintances, who asks him to help with a move. Seinfeld agrees, somewhat reluctantly. Once he hangs up, he tells Elane what just happened. They both are quite appalled at the audacity of the ask.

“So,” Elaine asks, visibly shocked, “what did you say?”

“I said yes,” Jerry replies, throwing up his arms in his signature gesture. “But I don’t feel right about it. I hardly know the guy.”

And that’s exactly how I feel about being asked to subscribe one minute after I show up on a new site.