Of Claps and Men 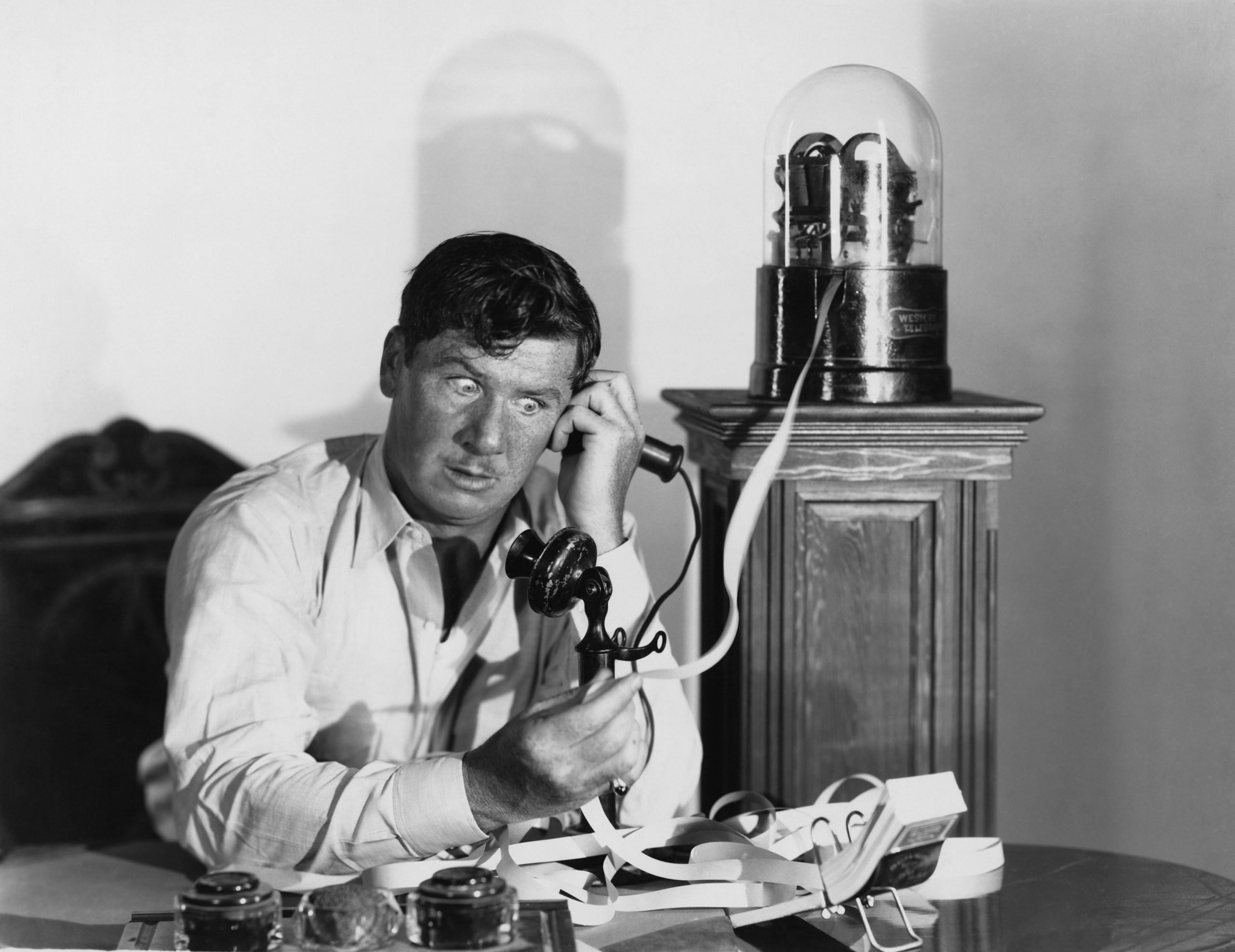 This is another post, written for Medium, that applies fully to any online writing. In case you are not familiar with Medium, a clap is its equivalent of Facebook’s like, except it can be given up to 50 times by any user for a given article. The original post can be found here.

Stories start in mysterious ways. Sometimes they are born out of an idea sparked by something we heard or read. Other times, they could be our way of finally expressing something that we have pondering for a while. Then there are stories, written as an assignment, but that’s a totally different matter. And then there are stories that come seemingly out of nowhere. Or, in case of this particular story, out of a title.

It was the title that came to me first. I honestly have no clue what prompted my mind to combine the famous line with the mechanism that Medium readers rely on to express their appreciation of an article. My never idle subconscious must have had some good reasons for lighting up that title like a bright neon sign in my mind, though to my conscious that shining sign seemed rather random.

Now that we got this unexpected (even for me — thank you, subconscious) points announcement out of the way, let’s go back to claps and men.

At first, I didn’t know what the article would be about. I only knew I wanted to write a story titled that way. It just had a nice ring to it. Then I thought of writing an article that would explore potential reasons for the mysterious 50-clap number that Medium enforces as the upper limit for expressing one’s appreciation of an article. That seemed rather speculative and, frankly, pointless. Whatever the reasons are, the limit exists. What’s there to discuss? It’s a currency that Medium’s team has given its readers and —

—and then I knew what the article should be about. Ladies and gentlemen, let’s talk about what makes that currency so valuable, and why it’s common to get obsessed with it. More importantly, let’s talk about how we can channel that obsession toward something good.

The Roots of Obsession

If you have been writing on Medium (or anywhere online for that matter) you know how it goes. You publish a piece of content. Long or short, informative or philosophical, relevant for anyone other than yourself or not, it represents the result of your thinking process. It’s your ideas, observations, and conclusions, dressed up in words and given out to any reader to consume. It may be one of the dozens or even hundreds of articles you have written but it’s still yours. And, as such, you do care what happens to it now. Do people like it? Do they agree with you had to say? If they disagree, in what aspects? Do they even read it at all?

Luckily, being online you have signals, diligently collected, processed and presented by your publishing system, whatever it may be. In the case of Medium, these signals are claps, reads, views, and other stats that Medium happily presents to its writers. And so you head to your stats page and start looking for an indication of readers’ interest — or lack thereof.

As you watch numbers change, more questions start popping up in your head. Why do views go up but reads don’t? Why are views going up so slowly? Isn’t Medium supposed to recommend your article to its army of readers? Or does this “Hang tight!” message mean Medium is not doing anything about it? And why, oh why does the number of fans stay flat even though people are clearly reading? Don’t they know the meaning of the clap icon? Or maybe (you feel the chill go down your spine) they are looking for a dislike button?

Soon you come across an article describing a Chrome extension for enhanced Medium stats. Apparently, there are even more metrics you could look at! Who knew. You install it and are immediately bombarded with percentages and extra signals. Claps per View Ratio! Fans per Reads ratio! Claps per Fan! Oh joy…

And so, over time, exploration and interpretation of stats become important parts of your writing routine. Refresh by refresh, minute by minute, they start taking over the time you spend on Medium. True, this can be frustrating at times. But it’s so nice to see a number or two go up. To find another indication that people care about what you had to say.

There is just one problem:

Every minute you spend exploring stats is the minute you don’t spend writing.

We all have our own reasons for writing. Fulfillment, money, portfolio building, improving our craft, any combination of the above or something else. Whatever our reasons are, they are reasons for writing. Not for stats gazing. Are stats useful? Absolutely? But too much of anything isn’t good (well, maybe with a few exceptions, but Medium stats are not one of them). The right use of stats, on the other hand, can go a long way in helping anyone become a better and more widely read writer, whether on or off-Medium.

Here is my personal take on what to pay attention to when it comes to stats — and what to ignore.

Any useful metric is a measurement of a result of an effort. You look at the number, correlate it with your investment — and know whether you need to keep doing what you’ve been doing or it’s time to make some adjustments. When it comes to content, Medium stats include two major types of metrics: consumption and engagement. There is also a less obvious, but perhaps the most useful third type, which we will talk about shortly.

These numbers show you how many readers have interacted with your content. These are your views and reads. They are shown most prominently in the stats table and are very easy to get obsessed about. Ironically, they are also the least useful ones when it comes to writing.

There is a number of factors that can affect them, which are our of your control. Apart from the number of your followers, which you at least can somehow influence, these include Medium’s recommendations, time of the day when the article was published, what else is going on (and there’s plenty going on now), the decision of an editor (in case your story is in a publication) to feature your article, and many more variables. Yes, it’s reasonable to expect views and reads to go up over time but that’s about it. To be clear, they are very useful if you want to measure the results of your promotional efforts but that’s another story.

Much more important than consumption numbers, these numbers show you how engaging your reads find your content. These are your fans, claps and most importantly, read ratio. Of all the numbers in the stats table, that ratio is the most valuable one.

Readers can have very different ideas about clapping. Some people who read your article may clap once, some people may clap 50 times, and some people may not clap at all, whether because they think it’s not necessary or because they don’t know about that option. But they all do the only thing that truly matters — they vote with their feet. Or in this case, with their eyes. They read. Which is the reason you have written and published the article in the first place. To be read.

If the read ratio tells you that people are leaving shortly after opening your article, without reading it, it means one of the two things: either your writing is poor or you are targeting a wrong audience. A low read ratio (which for my taste is anywhere below 25%) is, more likely than not, a combination of these two factors. As always is the case with metrics, patterns matter. Sometimes one article may be unlucky in reaching its readers and that’s fine.

But if you see that your read ratio is consistently low, this means that majority of your efforts to write and publish your content simply go to waste.

A consistently low read ratio is a fire alarm that tells the writer that something must be done quickly.

Other engagement stats that are not reflected in the table, but are nevertheless a great indication of readers’ interest are highlights and responses. If somebody found your writing interesting enough to spend some time writing a response or to highlight your words, that engagement matters much more than some random exposure that the winds of Medius have brought to your article.

And yet, important as they are, engagement stats only show you what others think of your work. But what about the work itself? If you build a house and people express their admiration over the first five bricks you have laid, their reaction, nice as it may be, will not help you when the rain starts pouring down. They have done their part admiring your work. You need to do yours by carrying on.

And so, the only number that rivals read ratio in my Medium book, is the number of articles I have published. It also happens to be the perfect way to channel the stats obsession. Because that’s the indication of my effort, my time, and my commitment to my writing. That is the only number that I am fully in control of. If it’s low, I can’t blame it on anything or anyone. And if it’s high I can take full credit for it.

To use my own stats as an example, based a whopping 3 days worth of data, this what my stats look like (the extra numbers come from that Chrome extension):

I’m truly thankful to everyone who took their time to read the articles I have published so far. For their claps, their responses, their highlights. For the time they chose to spend reading something I have written.

But that number in the low left corner it’s pretty low. So once I hit publish on this article, I’m going to work on the next one. Well, maybe after taking a peek or two at the stats page.