Why Do We Listen to Music? 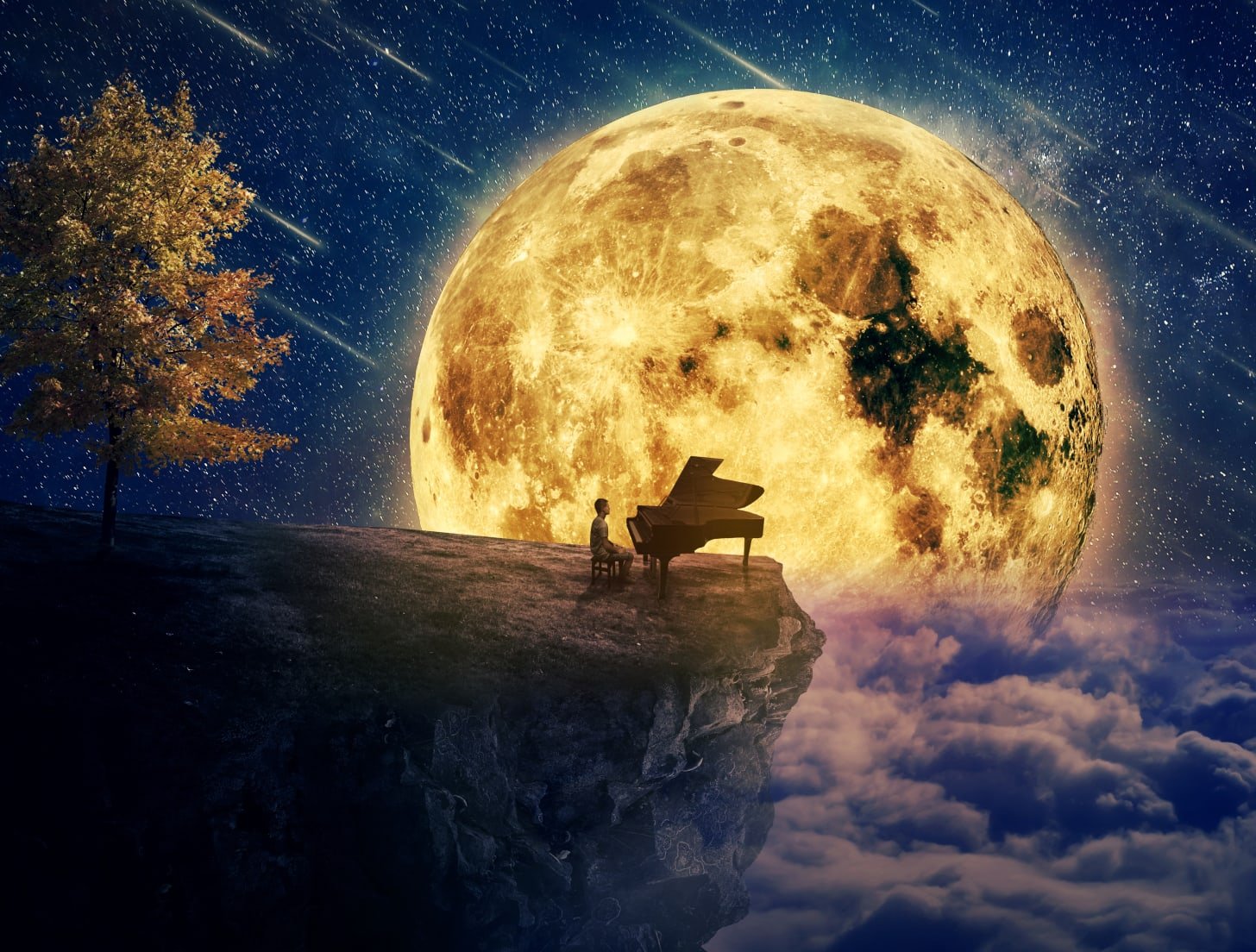 Of all the things we experience, music is among the most mysterious ones. At the surface, there is nothing enigmatic about it, in fact, it permeates our lives to such a degree that we hardly think about its impact. Music is everywhere, perhaps more than any other form of art. We swim in the ocean of musical sounds, often not even noticing them, and go about our business, considering music an integral part of our lives.

However, this wasn’t always the case. The vast majority of people who ever lived had to be in the proximity of a performer in order to listen to music. Whether going to a concert hall or passing by a street musician, listening to music was more of an exception than an everyday experience, unless you were a musician yourself or shared a roof with one. And even in that case, listening to an orchestra wasn’t something that you could do every day.

These days are gone for good. Today, music is always one touch away or even less than that when you walk into a public place. And it’s not just some music. It’s any music. Some lost records aside, it’s literally every piece of music ever recorded. Spotify alone has over 50 million tracks available for playing at any moment — and about 40,000 tracks are being added to that mindbogglingly huge digital library every day.

Equally mindboggling are consumption numbers. While estimates vary, most consumer research studies show that on average, Americans spend 18 hours a week listening to music. To put this number into perspective, the average time they spend reading (books, magazines, and newspapers combined) is 8 hours. This is topped only by the enormous 38 hours that people spend watching TV and movies, but that activity also comes with significant exposure to music. Just imagine watching Star Wars without duun duun duun, dun du-dun, dun du-duuunn.

So why are we so attracted to music (maybe addicted would a better word)? After all, unlike a book or movie, it doesn’t convey specific information, certainly not something we can easily put into words. It offers no storyline to follow, no characters to root for, no facts to process. True, songs come with words, but lyrics are hardly the only reason we keep listening, not to mention that many lyrics are, shall we say, unsophisticated. We know the lyrics of our favorite songs inside out and yet keep listening to them over and over again. And not just listening — humming and singing, sometimes much to the chagrin of others or (in case of an annoying earworm) even of ourselves.

And when it comes to instrumentals, be it a simple melody or a monumental symphony, even the thin layer of meaningful information that lyrics provide is gone. We can find a particular melody energizing or sad, but that’s about it. In essence, when we listen to music, we process meaningless sounds that somehow we find enjoyable. Why?

Science has long been intrigued by the subject, and there have been numerous studies focused on the roots of our fascination with music.

As it turns out, music affects multiple regions of the human brain, which is why its effects include so different reactions as experiencing an emotion and tapping one’s foot automatically.

Music has been shown to boost creativity, improve visual attention and make us exercise more effectively — to the degree that cyclists listening to music in one study consumed 7% less oxygen than those who cycled in silence (so yes, that loud gym mix does have a very tangible positive effect on your workout).

The effects of music can be so powerful, that they last even after we stopped listening — and without us realizing that. One study, for example, demonstrated that participants interpreted neutral facial expressions of faces presented to them differently depending on whether they had listened to sad or joyful music prior to that.

But all the scientific facts, while truly fascinating and enlightening, don’t do justice to the pure sensation of listening to the music you like. To that moment when it feels like you’re being carried by a wave of sounds, which somehow inexplicably express what you feel, moreover what you want to feel. The moment of turning on a track that energizes you even after a long exhausting day or creates a background for concentrating a necessary but mundane task.

The true magic of music — and this is where I step away from the cold accuracy of scientific facts and let the poetic part of me run wild — is that it goes straight to our emotions.

When we enter what one great song calls “a magic land where there’s nothing but the music,” we face ourselves. And unlike the magic mirror of the obsessed evil queen, it neither lies sweetly to us nor throws unpleasant truths to our faces. Like the Mirror of Erised, it shows us what we want the most, perhaps more vaguely than the magic mirror showed Harry, but still quite accurately. When we turn music on, it becomes an unassuming — yet quite helpful — companion in whatever we want to experience at the moment. If amplifies our emotions and takes us on a journey of self-discovery.

We have similar relationships with books, but reading even your favorite story every day would be rather tiring. Yet we can listen to our favorite songs and instrumentals a few times a day — sometimes even on a loop — and still, enjoy them. Why? Because unlike the predefined journeys that we take while reading the even best stories in the world, the journey we go on while listening to a favorite track is different every time we hear those familiar sounds. Whether blasting with energy or romantic, joyful or sad, tranquil or hurried, music gives us what we are looking for, without asking anything in return.

Music gives us a portal to the innermost parts of ourselves, and we traverse it every time we listen to a melody we like.

In conclusion, here is one of my favorite tracks (discovered last year thanks to the borderline spooky power of Pandora’s recommendation engine). Not only it’s a fantastic instrumental, but also a great demonstration of the uniqueness of journeys music takes us on. Because much as I like The Lord of the Rings, I can’t fully relate to that comment from one of the listeners: