The Secret Ingredient of Powerful Writing 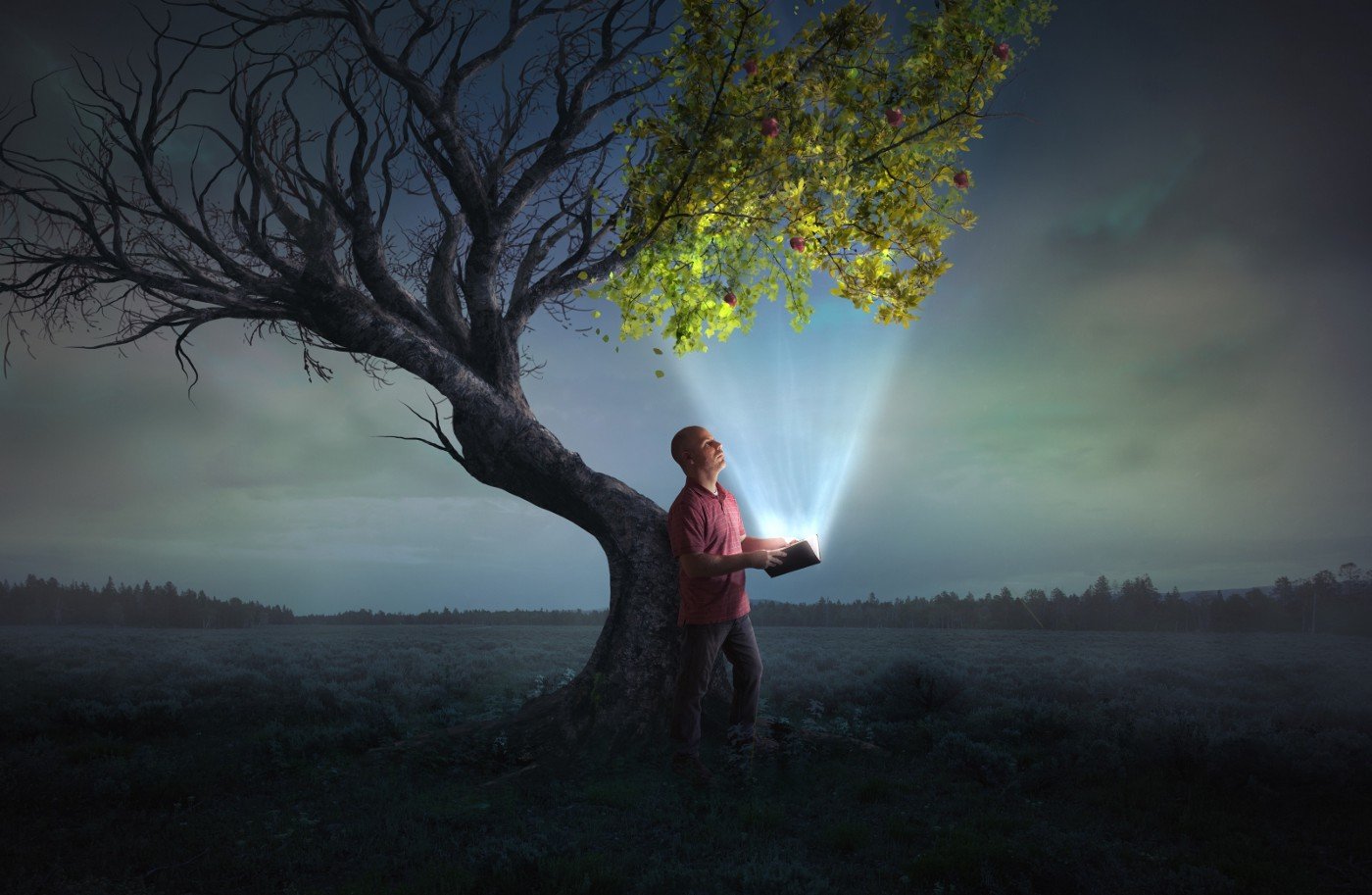 There is one thing every writer wants more than fame, money, and legions of readers. And if you write, you know that thing is. Whether you are just starting out or have been writing for years, you don’t want people just to read your words. You want your readers to think as they close your book or article: now that was some powerful writing!

You know that feeling as a reader. It’s rare, and yet every reader is well familiar with its distinct signs.

You start reading a book. Or an article. Or just a short post. You settle into a familiar process: look at the letters, dive into the text. You gradually tune out anything that’s going on around you. Now you’re a visitor in the land created by the writer’s voice and your imagination. You’re following the path paved by the writer — one of the countless paths you have taken as a reader.

Then suddenly, you find yourself in uncharted territory.

Something has changed. You are no longer just a visitor. Not just an observer. Now you find yourself caring about the path you are walking. Caring more than visitors and observers typically do. The text, as if by some feat of magic, is making you go “yes!” to the words you are reading. In fact, you are no longer just reading. You are in the middle of a fascinating conversation. You hold on to every word you hear and you have so much to say in response.

And then the part of the text that has been resonating with you so strongly is over. That one page. That one paragraph. That one line. You are back to being a visitor. The feeling is gone.

But the memory of it remains. Long after you close that book or put aside that article, you keep coming back to the words that made you go “yes!” Because there was something different about that text. Not in the way it was written. It felt different. You don’t know what it was. But you know that feeling was very real. And then you say to someone — or just think to yourself — “that was some powerful writing.”

This is what we experience as readers. But how do you craft such moving lines as a writer? This is not just a matter of curiosity — being able to evoke such feeling in a reader is the Holy Grail of writing. But what makes a piece of writing powerful?

At the surface, the question appears very easy to answer. The most obvious characteristic of powerful writing is that it reveals something to the readers. They learn something new about the world they live in. And that feeling is the feeling of being moved by the novelty and the magnitude of the knowledge they acquire from the writer’s words.

Facts are extremely important. They are the kernels of any writing. But even the most astonishing or horrendous facts are often insufficient to make writing feel powerful. Bare facts inform but don’t move. Educate, but don’t inspire. Stir curiosity, but not emotions. And if there is one thing that everyone’s definition of powerful writing would likely have in common, is that it stirs emotions.

All right, if it’s not about facts, it must be about how they are presented. About the plethora of literary devices writers have in their possession. It must be about metaphors and allegories, rich vocabulary and meticulously crafted sentences, similes and juxtapositions. It’s the presentation that makes the content stand out and turns the reading process into an engaging conversation between the reader and the writer.

Or is it? Just think about the times you read a text that was beautifully written — not because someone called it beautiful, but beautiful by your own standards — and yet left you completely unmoved. You must have read hundreds if not thousands of those. When it comes to writing, eloquence doesn’t equal impact.

So it’s not the facts. At least, not just the facts. It’s not their presentation. But there must be something. Some secret ingredient. How does an author persuade readers to pay attention? Aha! Maybe it’s about the ancient art of persuasion?

It was Aristotle who coined the three terms that to this day haunt students when they study Language Arts. Ethos, Pathos, and Logos — credibility, emotions, and logic, the three modes of persuasion that (when used right), never fail to work their magic on any audience.

Use ethos — and your audience will be convinced that you are a credible source and are worth listening to. Use pathos, i.e. appeal to the audience’s emotions — and make them feel what you want them to feel. Use logos by citing facts, data, and authorities — and your audience’s logic will convince them to take you seriously.

And yet, there are thousands of texts written by experienced writers — who certainly know all the tricks in the book, including Aristotle’s tricks—that still fall short of becoming powerful. Every news article quotes authorities, cites facts, highlights the author’s credentials, and tries to appeal to the audience’s emotions. And yet, when it comes to news, it’s the facts that make the impact — not the writing itself.

News articles don’t get re-read the next day. Lines that move us get still re-read years later.

But maybe we can take a page from Aristotle’s book? After all, he didn’t have just one technique. He offered three (actually he offered much more than that — the three components are an oversimplification of his ideas). Maybe it’s not about a single characteristic of a text? Maybe it’s about their combination?

You put together all these powerful ingredients — facts, language devices, persuasion techniques, amplify them with your unique writer’s voice — and you get powerful writing. Could it be it?

Yes, but not quite. If our first “it’s all about facts” explanation was too simple, this one is too complex. Combining all these ingredients together would require paragraphs — or more likely, pages — of text. And yet, we all know the power of an occasional quote that makes us stop halfway through a page. Stop and think. There is simply not enough room in a few lines — and some quotes are even shorter than that — to use a combination of all these literary bells and whistles.

So it seems that no matter what we look at, that elusive secret ingredient is still missing. It’s still not clear what makes a reader react strongly to a text. And to make matter worse, there is one more aspect of powerful writing we’ve been overlooking so far: the power of any text is far from universal.

What’s powerful for one reader can be the very definition of boring for another. There are many pieces of writing that I personally consider extremely powerful and yet they keep some people I know completely unmoved. The opposite is also true — there are books and scenes others cite excitedly, while I couldn’t care less about those quotes.

But maybe that lack of universal appeal is not a new obstacle on our quest to the secret ingredient? Maybe it’s the gate. The answer.

What if the missing ingredient cannot be found in the text? What it’s not what a reader reads? What if that ingredient is the reader?

The key to power writing

A piece of text is just a set of symbols on a piece of paper or a screen. On its own, it’s devoid of any meaning. The meaning — and the importance of these symbols — comes from two sources: the mind that creates them and the mind the consumes them. The writer and the reader. And nothing that a writer does while crafting that text won’t matter unless the text resonates with the person reading it.

Powerful writing is writing that resonates with something that matters to the reader. And the more important that topic is to that reader the more powerful the writing feels.

We all seek some answers on our life journeys. We all have our unique situations, our very own hopes and fears, troubles and victories, regrets and aspirations. And sometimes a single thought, a single idea could be all that is missing from the understanding we’re seeking. That’s why it could be a whole page or a short quote. Sometimes all it takes is a simple question or a few words highlighting a connection that we never made before.

And it’s at those moments that we think, “now that’s some powerful writing!” Because half of that power, of that impact, comes from us, the readers.

Yes, it’s the writer’s craft that makes us read the lines in the first place—and there is much to say about how that craft can be mastered. But it’s our own thoughts as readers that fill these lines with meaning.

Because powerful writing is writing that helps us understand something new about ourselves.

UPDATE: The response to the original Medium post has been so positive that I wrote a follow-up post that you can read here. A series of articles and (very likely) a book are to follow.

Published in Powerful Writing and Psychology